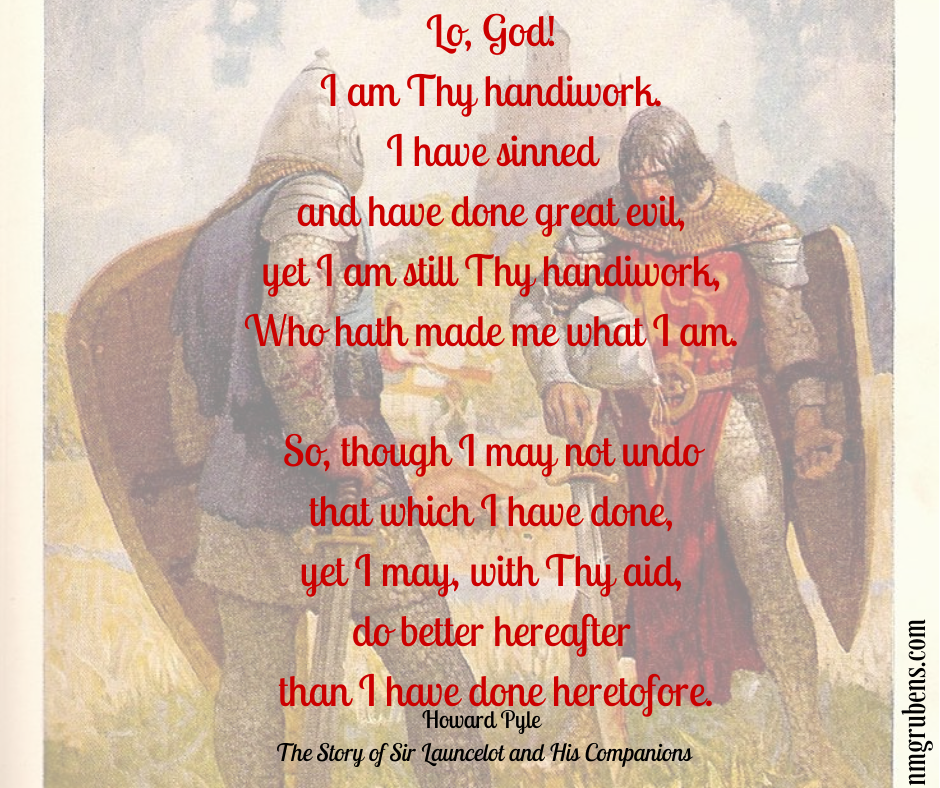 One of the most elucidating truths I’ve ever encountered came from an 11th century philosopher and theologian named Anselm of Canterbury. This single insight has helped clear many theological, philosophical, and even practical questions for me.

God is the Summum Bonum.

Saint Anselm said in a written prayer to God, “And indeed, we believe that thou art a being than which nothing greater can be conceived.”[i]

The Latin phrase Summum Bonum has been used to mean different things by writers over the ages. But here I mean it in the sense of Anselm’s Proslogium, that God Himself is the greatest good that can possibly be conceived. He is, by his very definition, the Best Thing.

Apologetics. Anselm used it for apologetics in his famous Ontological Argument. He reasons that A) there are levels of value in reality; B) by definition, God is the greatest of all things in reality; C) something that doesn’t exist for real can’t be the greatest; D) so God must exist.

Other Implications. But the truth that God is the greatest good conceivable goes beyond apologetics. That one, basic truth leads to an entire army of vital implications. I’ve come to think of it as one of the foundational truths of reality.

We have nothing higher we can reach for. Because God is the Summum Bonum, enjoying Him is the greatest enjoyment possible. Glorifying Him is the highest mission we can aim for in life. Perhaps you’ve heard these ideas expressed in the Westminster Catechism: “Man’s chief end is to glorify and enjoy God.” God made mankind precisely to do this. Does that sound selfish of God? It would be selfish if God were not the Greatest Good. But because He is the highest thing possible to glorify and enjoy, it’s perfectly right and can only be loving to direct us toward that apical goal (because it’s the best for us).

This is also why Scripture teaches that the glory of God should be a goal that permeates and overshadows everything we do, from the simplest acts (1 Corinthians 10:31) to the loftiest deeds (2 Chronicles 16:9).

We have a duty to repent. Because God is the Summum Bonum, we need to turn toward Him. God stays the Greatest Good, despite any act or rebellion or lewdness we can commit. And our sin doesn’t change the truth that it’s both incumbent upon us and wise of us to seek Him.

When we’ve done wrong and feel smothered in guilt, a good mindset is to preach God’s preeminence to ourselves. “I’ve failed, yes, and angered a perfect God. I can’t change that, but I also can’t change who He is and what He continues to call me to: and I’ll press on to seek Him while he still gives me breath.”

The words Howard Pyle put into the mouth of Sir Lancelot come to mind… “Lo, God! I am Thy handiwork. I have sinned and have done great evil, yet I am still Thy handiwork, who hath made me what I am. So, though I may not undo that which I have done, yet I may, with Thy aid, do better hereafter than I have done heretofore.”[ii]

We should be content with God. Because God is the Summum Bonum, we should be content with the adventure of seeking and knowing Him. We should yearn less for the world’s trinkets. Paul could write that he’d learned to be content in every circumstance (Philippians 4:11) because he had already learned that it was better to be with God than to enjoy any bodily comforts in this life (2 Corinthians 5:8).

The vast gulf between any temporal goodness and the Greatest Good is so wide that the briefest real glimpse of His glory has been known to overshadow a man’s obsession for the richest of things here below. That’s also why, when we’re in our right mind and see things in their proper perspective, we yearn as pilgrims to one day reach that land where we can realize His Summum Bonum presence in fullness and actuality.

We have a goal to become like Christ. Because God is the Summum Bonum, I can’t have a better objective in life. It’s the purpose behind every mission of the church, the reason behind every commandant in Scripture. “Becoming like Christ” is, after all, a more practical way to say, “seeking God.” This is because we see God in Christ on a practical level. We can watch the deeds of the God-Man Jesus, and learn from them exactly what God would do in a situation and how he’d like us to treat the people around us. If we ask, “Why should I become like Christ, and not just be myself?” the answer is again in Summum Bonum. We should strive to be like Christ because there is nothing better we can strive for. Having a proper view of His apical goodness gives us a well-directed passion to be like Him.

C.S. Lewis claims that the goal to be like Jesus is the true, overarching goal of Christianity. “It is easy to think that the Church has a lot of different objects — education, building, missions, holding services. Just as it is easy to think the State has a lot of different objects — military, political, economic, and what not. But in a way things are much simpler than that. The State exists simply to promote and to protect the ordinary happiness of human beings in this life. A husband and wife chatting over a fire, a couple of friends having a game of darts in a pub, a man reading a book in his own room or digging in his own garden — that is what the State is for. And unless they are helping to increase and prolong and protect such moments, all the laws, parliaments, armies, courts, police, economics, etc., are simply a waste of time. In the same way the Church exists for nothing else but to draw men into Christ, to make them little Christs. If they are not doing that, all the cathedrals, clergy, missions, sermons, even the Bible itself, are simply a waste of time. God became Man for no other purpose.”[iii]

God is the Greatest Good possible. This gives us a purpose, a reason for repentance, a contentment, and a goal in our day-to-day life. And this is just the beginning of the implications and inspirations of God as Summum Bonum. It is a trail I’ll still be exploring until the day I die. And I hope this post has started you on that trail with me!

[i] Anselm of Canterbury. Proslogium, or Discourse on the Existence of God, Chapter II https://ccel.org/ccel/anselm/basic_works/basic_works.iii.iv.html

[ii] Pyle, Howard. The Story of Sir Lancelot and His Companions. www.goodreads.com/author/quotes/53350.Howard_Pyle