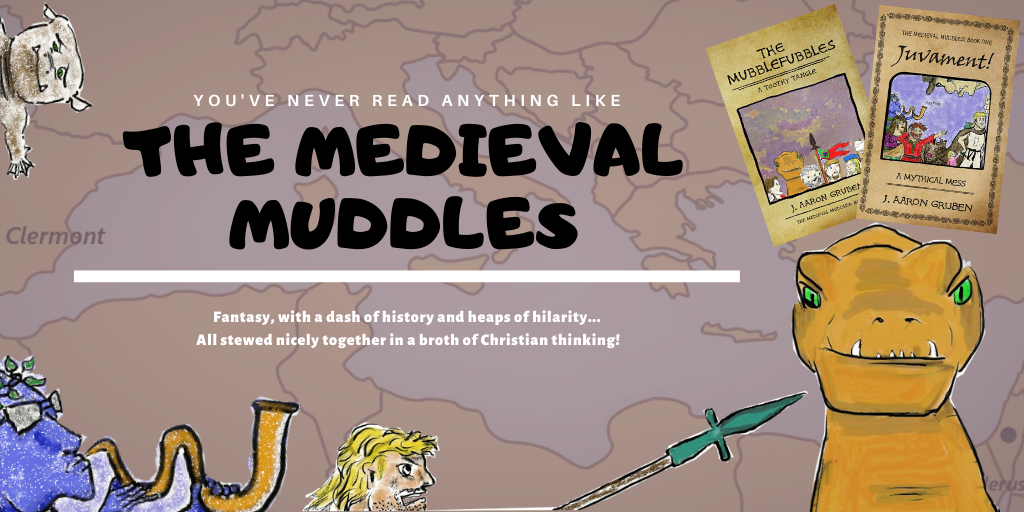 The Medieval Muddles series can best be described as comedic medieval fantasy. They are set in the real medieval world of the 1200s, with the addition of the country of Beorcholt, a land of fantastical creatures long lost to our time today.

While set in the same world, with a couple of minor characters crossing over, these books are completely stand-alone. They are general fiction, great for readers young to old, and fun read-alouds – The Mubblefubbles is best for younger readers.

Join two troubadours turned dragon slayers on a zany medieval romp in 13th century France to the Mediterranean as they fight pirates, save princesses, and foil a plot to take over the world as they know it.

Set in the same world, with some of the same characters , is Heaps of Hobs! But even better is the full-page color pictures and verses set in Old English meter, as well as Old English words scattered throughout. A favorite for young and old!