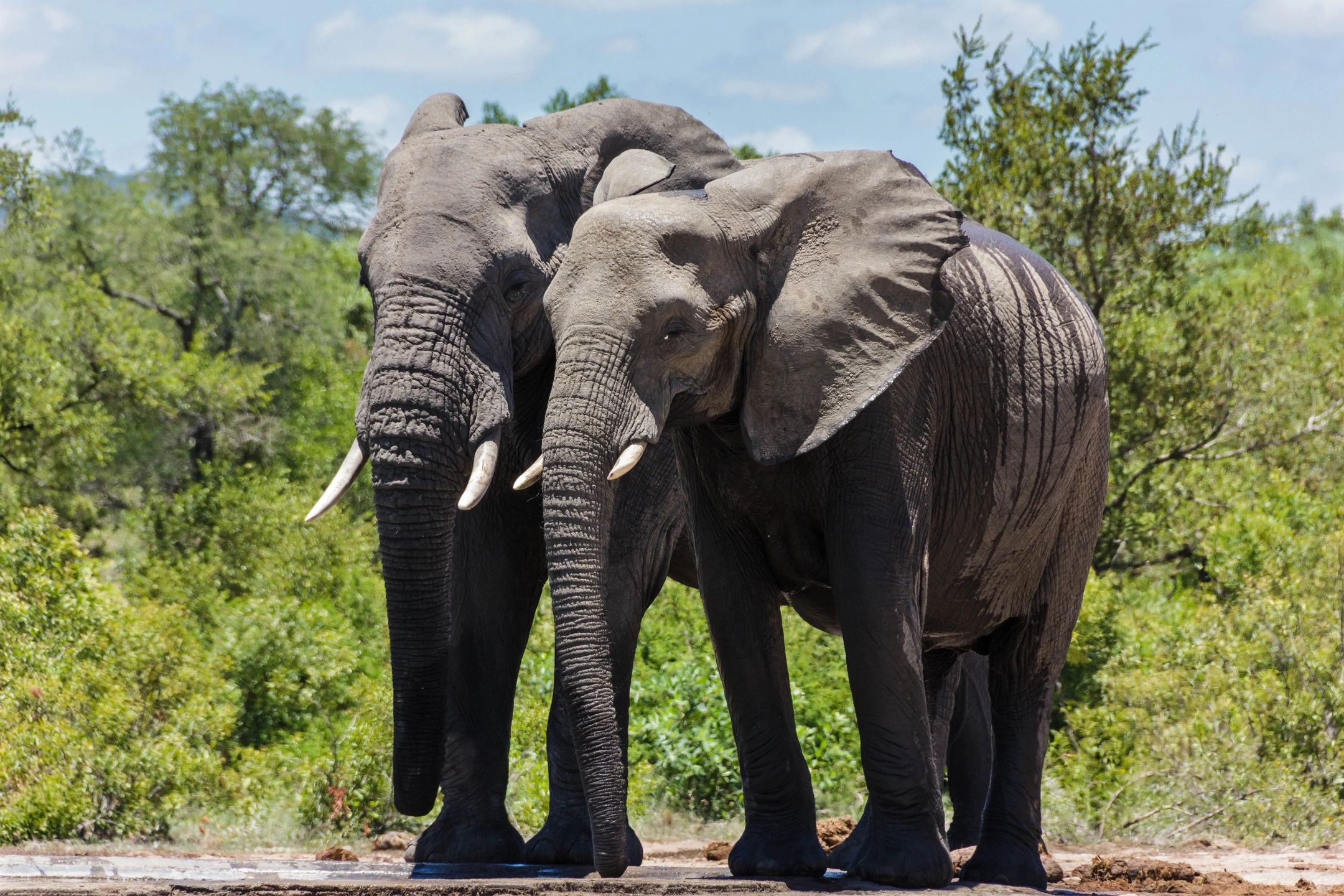 A Reflection Upon Elephants

I asked my wife to name the first animal that came into her head for me to blog about today. She said “elephant…” 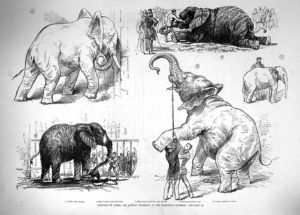 The elephant would be a noble creature, if he were not so ridiculous looking. He is about 12 sizes too big,[1] and has a nose that looks like a wrinkled boa constrictor who’s forgotten his dentures. His feet remind one of overturned garbage cans that have been filled with concrete and shrink wrapped. His ears make any keen observer wonder if a pair of steam rollers happened to run over each side of his head while he was napping. But despite these physical idiosyncrasies, there is much nobility beneath the elephant’s ugly skin. If we choose to consider this carefully, I think we have much to learn from the noble elephant.

The elephant wisely bears about him two very large ears, and a proportionately minuscule mouth – a proportion that we humans unfortunately bear in the reverse. The elephant knows that hearing is smarter than speaking. Wise old Solomon (who numbered among his friends the Queen of Sheba and was thus no stranger to elephants) said “when words are many, transgression is not lacking, but whoever restrains his lips is prudent” (Proverbs 10:19). Jesus’ own brother echoed the sentiment (though I have no reason to suspect that he was acquainted with any elephants): “Know this, my beloved brothers: let every person be quick to hear, slow to speak, slow to anger;  for the anger of man does not produce the righteousness of God.” (James 1:19-20). Who can guess what wars might have been avoided, what marriages saved, what churches left intact, if we humans always bore about us ears larger than our great big mouths? 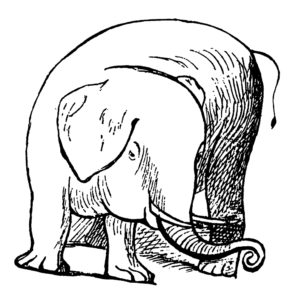 Medieval Man noted “there is a mild gentleness” about an elephant, and this seems true enough.[2] Evidently, according to the bestiary, if you are lucky enough to get lost in the jungle near an elephant, he’ll lead you home. I’m not sure H. Rider Haggard would agree about an elephant’s gentility. But there is something peaceable about watching elephants sway back and forth and rustle about with their noses. Until of course, several other elephants come and sway with him in exact timing for hours on end. Then the peaceable feeling turns into hair yanking frustration at such odd behavior, and keeps the best modern naturalists awake at night wondering what on God’s green earth the elephants are doing. And I suspect that is precisely the elephant’s motive for their mysterious swaying in the first place. Who doesn’t like a good laugh at a naturalist’s expense? 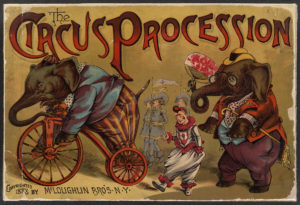 But to return to the topic at hand, it is rather amazing that an animal so large can seem so gentle. The elephant is an example of meekness, of chivalry, a reminder that we ought to possess our strength in the service of God and of our fellow man. Of course, Medieval Man also wrote that unicorns get their thrills by stabbing elephants in the belly,[3] and that elephant mothers walk toward Paradise and eat out of a tree called Mangradora in order to have a babyphant. Medieval Man considered this great evidence that elephants are supposed to represent Adam and Eve and remind us of the fall. I’m not sure what I consider it to be.[4]

I do however consider the elephant to be a fascinating and noble beast after all.

[1] At outlet stores, you’ll generally find the elephant in the far corner, looking at the rack of XXXXXXXXXXXXL shirts.

[3] I currently have a daughter that loves unicorns and a son that loves elephants, so I will avoid considering any further implications of this legend.