Home » Blog » He could not get a room 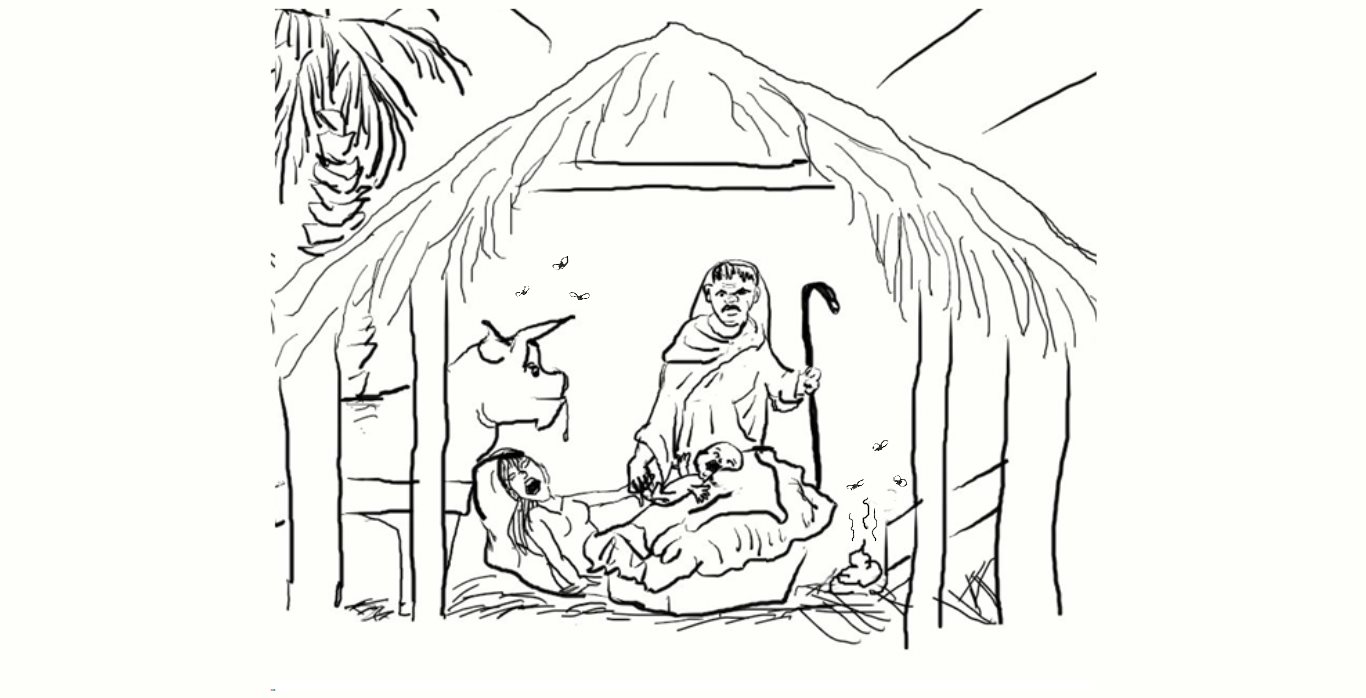 He could not get a room

“She gave birth to her first child, a son. She wrapped him snugly in strips of cloth and laid him in a manger, because there was no lodging available for them.” – Luke 2:7 (NLT)

Little cartoon Joseph and Mary looked so happy as the little cartoon innkeeper told them they’d have to sleep in the cute cartoon barn… The fake qualities of their penciled smiles in the board book I read to my toddler suddenly stood out glaringly.

The thought struck from nowhere: the real Joseph must have been devastated at this point in the tale. The frowning face of the innkeeper that night must have looked the very devil himself to an exhausted Joseph as he dragged up his donkey late after a long time of walking. I’m sure his heart tore in two under his wife’s imploring gaze as she stood there, the very pangs of labor gripping her, as she begged him for a roof over her head and a clean bed to lay on: a roof and bed he could not procure. It probably ripped apart his manhood. It seemed the last straw (so to speak) in a rotten concatenation of circumstances that had started with the stress of finding his betrothed pregnant before their marriage (sure, an angel showed up to explain it, but that didn’t change the stigma he and Mary were under). It probably felt like hope had slipped away, that all the cards in life had stacked against him, that God had abandoned him.

Not being able to provide for a wife and kids may well be the absolute worst nightmare a man has in life, doubly so to a new husband. I think this might have been the lowest place in Joseph’s life so far. The sterilized, nice version of the nativity we’ve become used to makes us miss this fact.

But: God had a plan the whole time. This dark time, this lowest ebb… It would all flower into a beautiful detail remembered by billions of people for millennia after Joseph. It was meant all along as a way to bring God Himself glory. It was a divinely orchestrated object lesson to show the truth of Philippians 2 in ways words could never do: that Christ was coming down from his unfathomable glory in heaven into the squalor and hardship of the lives of people he’d come to save.

None of this would have been obvious to poor Joseph, as he gripped Mary’s clutching hand and heard her scream in pain in the stench-filled darkness of a cave filled with deadly germs and dangerous animals and unsanitary dung: and felt like the lowest failure of a husband that ever was.

The point? Remember, when you go through hard times, there may be a reason you can’t see yet. Remember, when you’re tempted to fret and get consumed by anxiety over your family’s welfare, that God’s provision may look different than what you want.

Should you do everything you can to improve yourself and provide for the comfort of those under your care? Absolutely! But when you’ve done all you can and it seems like not enough, remember Joseph in that dark stable and lift your heart heavenward to trust (rather than curse) your heavenly father “who knows how to give good gifts to his children” (Matthew 7:11).