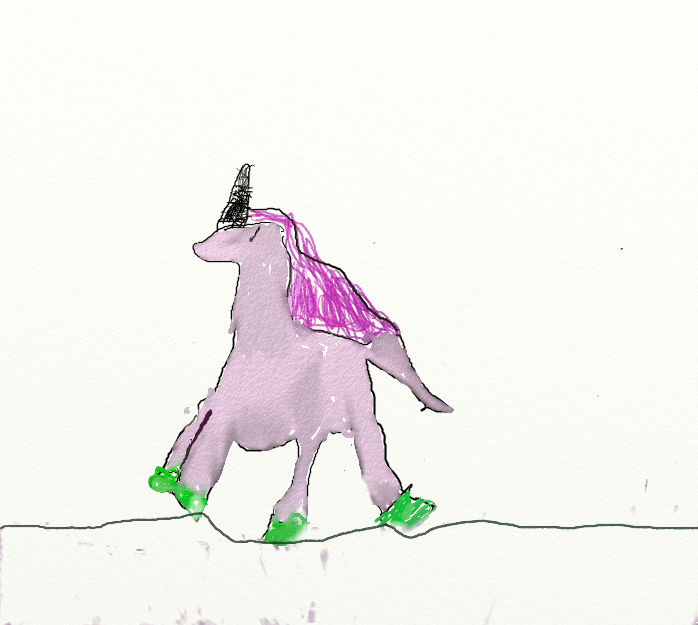 I asked my 4-year-old daughter which animal I should blog about today and she yelled “unicorn!!!!!!!!!!!!!” I suppose I didn’t specify “real animals” so let’s see what we can learn from the unicorn.

What exactly is a unicorn, and why do we never see any real unicorns today?

My personal theory is that the unicorn is a transition phase in one of God’s rare, unfinished works. He is creation’s parallel to the time when Jesus healed the blind man and only did it part way at first (“what do you see?” “I see walking tree dudes like Ent men,” etc). The unicorn was meant to be perfectly complete, with a nice set of horns like the majestic oryx, only God got busy with other things and didn’t finish making him until sometime around the high medieval period (when people stopped seeing the beasts and only saw oryx instead). That’s probably why unicorns are said to have mystical properties. They had some of the raw Divine creative power left brewing inside them since they weren’t quite done. It’s just my theory mind you, and you won’t read it in any book. So if it becomes a famous theory I want my name on it. If it becomes an infamous, crackpot theory I want someone else’s name on it.

Of course, there are other theories of the phenomenon of the unicorn as well. Uncle Scrooge’s theory is that the unicorn is not extinct at all, but lives in Tibet, eats special moss from frozen rocks, and is really not a friendly creature at all.[1] One never knows. One folksinger tells us the unicorn became extinct when he was too frivolous to get onto Noah’s ark. Noah couldn’t find them because:

“Them unicorns was hiding, playing silly games
Kicking and splashing while the rain was pouring
Oh, them silly unicorns”[2]

Appropriate seriousness. That’s a good reminder to all of us that frivolity is not always appropriate. Sometimes we need to be serious and sober.[3] We wouldn’t want to wind up houseguests of the fish-folk, like the poor, silly unicorn. “Like a madman who throws firebrands, arrows, and death is the man who deceives his neighbor and says, “I am only joking!” -Proverbs 26:18-19

We should also be a lert to the spiritual dangers around us. You may ask “why do I need situational awareness in the spiritual realm?” Good question. Here’s God’s answer: “Be sober-minded; be watchful. Your adversary the devil prowls around like a roaring lion, seeking someone to devour.” -1 Peter 5:8 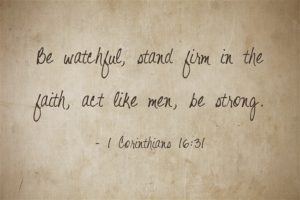 Love what is pure. Even in medieval tales, the unicorn is a not a weakling. He is a strong and sometimes dangerous animal. He is “excessively swift” and “often fights with elephants, and conquers them by wounding them in the belly.”[5] Our medieval forefathers also tell us he can be caught by the stratagem of bringing a pure virgin into the woods. When the unicorn sees a pure virgin he comes meekly to her and lays his head in her lap. God loves purity, because it is part of his nature, and he must love himself as the greatest good there is. We also should follow him in loving good and hating evil (Amos 5:15, Psalm 97:10, Romans 12:9). We should strive to think on pure things. “Finally, brothers, whatever is true, whatever is honorable, whatever is just, whatever is pure, whatever is lovely, whatever is commendable, if there is any excellence, if there is anything worthy of praise, think about these things.” –Philippians 4:8

Be meek. Meekness is strength under control. Leon Gautier’s 2nd Commandment of Chivalry is “Thou shalt respect all weaknesses, and shalt constitute thyself the defender of them.” Gautier indeed defines chivalry itself as “armed strength in the service of unarmed truth.” The unicorn lays his strength in the lap of a virgin, of the weaker vessel, and demonstrates this knightly virtue of putting one’s strength in the service of the weak. This a counterintuitive and distinctly Christian idea. The world would tell the strongest and fittest to stomp out the weak in the Darwinian fight for survival. Christ tells the strongest and fittest to serve the weak. “We who are strong have an obligation to bear with the failings of the weak, and not to please ourselves.” –Romans 15:1

Real unicorns. In 2016 some scientists made the monumental discovery that real unicorns look like this…[6]

The other name for these brutes is Elasmotherium sibiricum, and they roved “pre-historic” Siberia, in ages more recent than we previously suspected. One wonders if this could the identity of the monstrous “monoserous” T.H. White records from Medieval legend in his Bestiary: “The MONOCEROUS is a monster with a horrible howl, with a horse-like body, with feet like an elephant…A horn sticks out from the middle of its forehead with astonishing splendor to the distance of four feet…”[7]

Some other scientists documented a real unicorn that was the result of a genetic mutation, giving a little Russian deer only one horn in the center of its forehead.[8] They say perhaps this is where the stories of unicorns came from.

Embellished beauty. These instances serve to remind us that we human beings always have a tendency to remember the past with a somewhat embellished beauty. Mankind remembers the fabled unicorn as a beautiful, white beast of purity and magic, when he may have actually been a genetic monster mutant or a shaggy 5-ton brute that thumped across the Siberian ice fields and stabbed at the saber tooth tigers. Gru said recently in Despicable Me 3, “sometimes you ask for a unicorn, and life gives you a goat.”

But though reality may not be as dazzling as the stories about unicorns, the stories themselves have served a noble purpose. Folk through the ages have learned virtue through the tales of unicorns, even though they are embellished.

Perhaps that goes to show us that though realism is oft presented as the ugly reality opposed to romanticism, romanticism has its place in mirroring the greater spiritual realities we can’t see.

[3] Though not while reading this particular blog… Nope. Not a time for somberness at all.