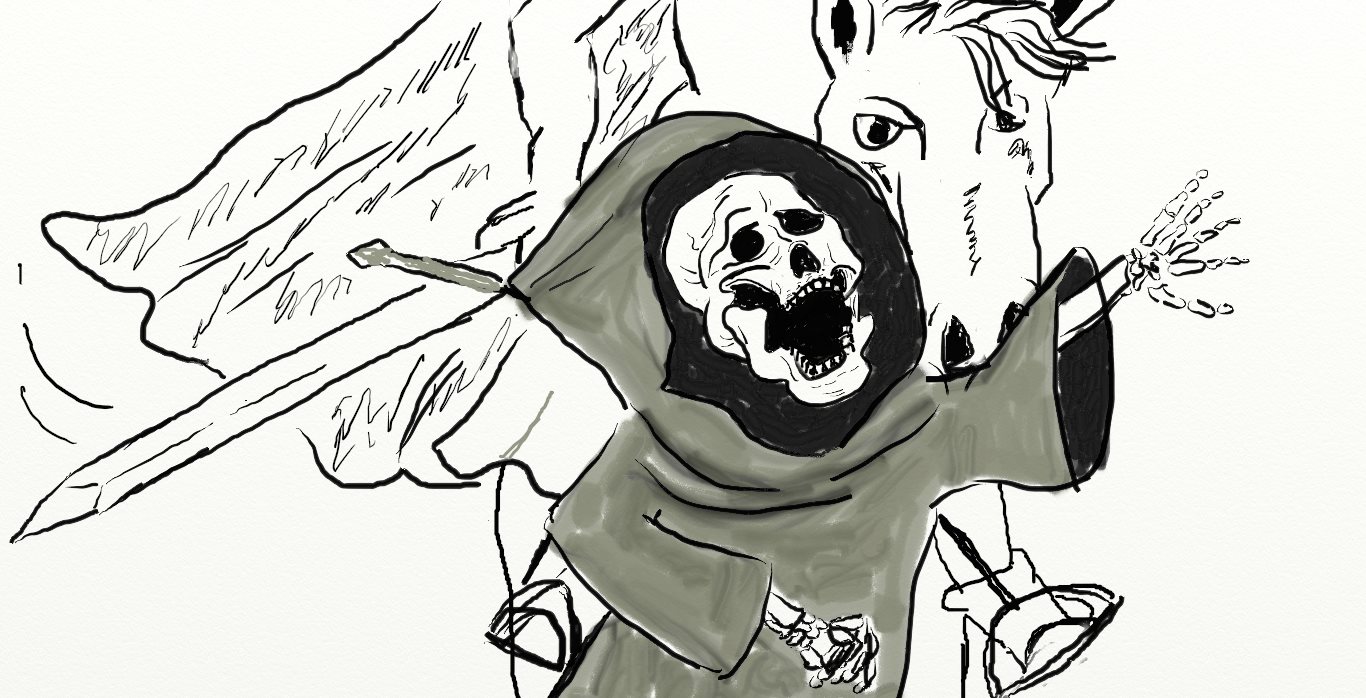 It ought to break our hearts.

It ought to make us angry.

I’ve been thinking about death lately. For many of us the greatest dread we feel is not in contemplation of our own deaths, but of the death of people we love. We’ve had friends die, family die, or even our children die: and we fear the emptiness of life without them, and worry they may not be ready to meet God when they die.

How many well-meaning people have offered the cliché comfort that death is “natural” or “just part of life.” And this is to convey the meaning, in essence, that death is another part of “how things are meant to be.” Christians deny this doctrine. God tells us death is the very antithesis of natural. We were made in the beginning to live forever. And death was introduced by sin, through our arch-nemesis Satan – a being who hates us and the way things were meant to be because he hates God.

In Genesis 2:17 God warned, “But of the tree of the knowledge of good and evil you shall not eat, for in the day that you eat of it, you shall surely die.” We can see graphically God’s prediction, his promise of the inception of this dread monster of death. It comes to pass throughout Genesis 5, which is the Bible’s first genealogy. “…and he died” is the phrase sounding again and again. It should clang like the gut-wrenching words “guilty” clang in the ears of a convict hearing his death sentence.

None of us can escape it.

None of our loved ones can escape it.

No matter what brave words we put on, we’re all afraid. We have developed all kinds of strategies to deal with this fear. Many try to ignore death, to hide him from view. They talk about him in hushed voices if they must. Many try to run from death in a relay race of dissipation. They dash from one pleasure to the next, “getting all the gusto” they can before it’s too late, trying to forget his steady march toward them in the numbing oblivion of fun. But he still catches them in the end. Some take the opposite approach, and stare death frequently in his hollow eyes, in the hope that familiarity will dull the fear. Some worship death as the most powerful thing they know. They do this either literally (as in the dreadful cult of Kali among the Hindus), or they indulge in a broad fascination or philosophy of death (like nihilism) and resulting culture of death (like heavy Goth culture, or hard death metal). But none find him pleasant when he comes for them. Some throw their hope in science, trusting that one day death will be cured like all diseases, and we’ll work our way toward living forever. But it’s not happened yet.

It seems we either settle with a fluffified, imaginary picture of death as not so bad after all (like we find in the late Sir Terry Pratchett’s rather lovable characterization of Death) or fall into utter despair and give into the dry, meaninglessness that constitutes an honestly atheistic life. There are all kinds of ways we squirm and writhe under death’s bony finger, in the futile hope of avoiding his appointment for as long as possible.

And there is a good reason for this. Death could come for any of us any minute. The real miracle of life is that any of us survive to take the next breath. It is such as delicate balance. A thousand complex hormones and a thousand atoms must dance in just the right rhythm at just the right timing for us to remain upright and healthy. A thousand external circumstances have to be in harmony to keep us from being pulverized. None of us can avoid death by old age, but many more of us than we suspect simply won’t make it that far. We all know he’s coming, but somehow death frequently surprises us.

How can we possibly see this hell-born monster for who he actually is, and not go insane in our despair?

Christians can look on death realistically, without falling into despair, partly because we know he can only get half our being. We have, as the children’s catechism says so succinctly, “souls that can never die.” Our bodies will die, but these are only half the man. Our bodies are, in fact, only the trappings of the real man. And one day death will split open those trappings and our souls will remain. In fact, this is virtually how the Westminster Confession defines death. “The bodies of men, after death, return to dust, and see corruption:* but their souls, which neither die nor sleep, having an immortal subsistence, immediately return to God who gave them”[1]

Death is the separation of our souls from our bodies. This actually gives us an even bigger thing to fear, does it not? There is something worse than death. That is the “second death,” having his soul cast into the place of torment, to spend a hopeless eternity apart from God (the source of all things good). How is it we mortals think so little on this dreadful possibility? Probably because we have a hard time seeing past the specter with the scythe that haunts our mortal life.

Christians know the separation of our body and soul will be temporary. Quoting the same chapter of the Westminster Confession… “At the last day, such as are found alive shall not die, but be changed:* and all the dead shall be raised up, with the selfsame bodies, and none other (although with different qualities), which shall be united again to their souls forever.* III. The bodies of the unjust shall, by the power of Christ, be raised to dishonor: the bodies of the just, by His Spirit, unto honor; and be made conformable to His own glorious body.”[2] 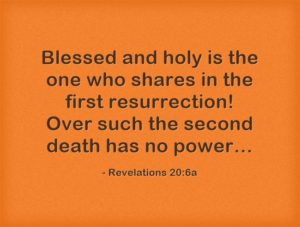 As Christians we know one more thing: we know One who is greater than this monster. We know One who can preserve us from even the “second death” that would await us after our appointment with the mortal grim reaper. That is, of course, Christ Jesus. His wonderful power and the absolute beauty of the good news of His work is more vividly displayed in the contrast of this dark backdrop of our doom. When Christ died on the cross, the power of death died. The splendid reality of the victory he won for us, the certain and actual hope we have of eternal life with Him, is the antidote for the real despair we feel at our inexorable fate.

“Death is swallowed up in victory.

O death, where is your victory?

That victory is the reality for those in Christ, who know that, even when their body dies, their soul is destined to life. Those saying will be literally true for even our bodies someday. 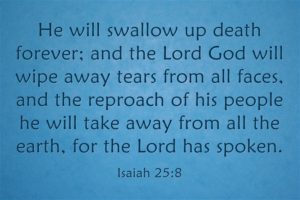 God will, one glorious day, end death forever. And nothing will be left for us but an eternity in bliss! We’ll be happier than we can imagine, freed forever from the dread specter of death that haunts us now. The promise, note, is rested in the Lord’s Word. It is a promise rooted in the surest word there is. It is a promise I can trust. As Job said, “though He slay me, yet will I hope in him” (Job 13:14). There is the best of reasons to hope. I can trust the unfailing hands of my all sovereign Savior to get me, and my loved ones’ hoping in Him, safely over dreadful Jordan to rest forever, safely home.

Not despair, but hope.

Not nothingness, but eternal life.

Not the dreaded worst, but the beginning of the best.

I’ve been thinking lately about death. What is left to me? Nothing but to thank God for His ultimate victory, and to make the very most of the time He gives me with these beautiful souls around me before death ushers me on to post-life victory. Oh, eternal praise! All praise be to Christ my Savior: the mighty Conqueror of Death, the Lover, Only Hope, and Greatest Object of my Soul!

Following are a few of my favorite Victory in Christ (or “happy death”) songs. Death is not the end, but only the beginning of all things better!

“I journey forth rejoicing
From this dark vale of tears
To heavenly joy and freedom
From earthly bonds and fears
Where Christ our Lord shall gather
All His redeemed again,
His kingdom to inherit–
Goodnight, goodnight till then.”

“He has thrown down the cavalry as gravel sinks
And as the stone founders underneath the sundered sea of red and reed
The shadow of Hades is fading
For he has cast down leviathan, the tyrant, and the horse and rider.”