Blog Humans beings as the image of God (Imago Dei) 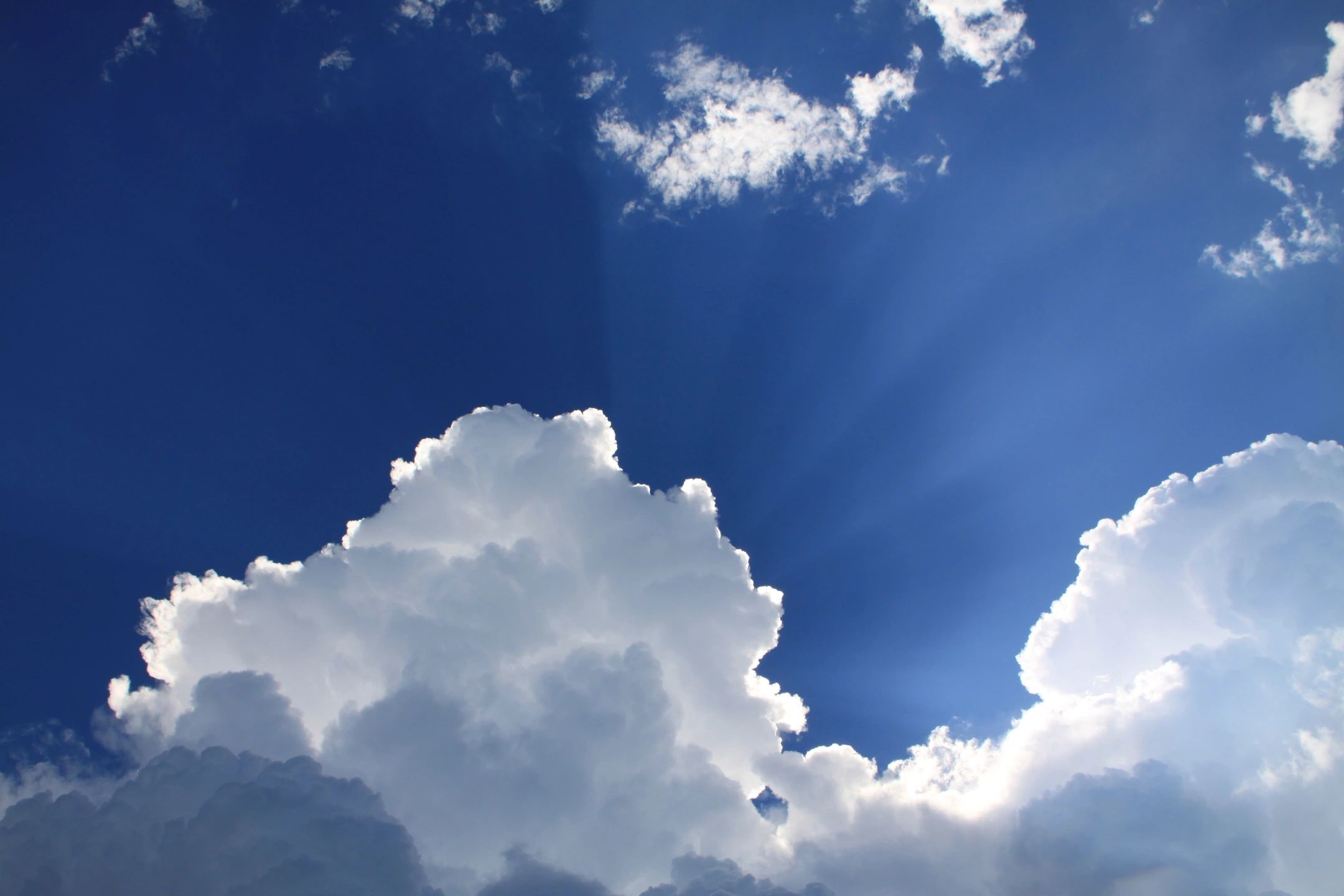 Humans beings as the image of God (Imago Dei)

And God said, Let us make man in our image, after our likeness: and let them have dominion over the fish of the sea, and over the fowl of the air, and over the cattle, and over all the earth, and over every creeping thing that creepeth upon the earth.” – Genesis 1:26[1]

Human beings are unique in bearing the image of God himself, in a mystical and real way. And God intends them to rule creation. This is a basic Theistic doctrine that was once widespread. Because Theology is always cooler with Latin taglines, there is even a historic title for this doctrine: the Imago Dei, which literally means the image of God. But the unfortunate and insidious spread of deep-rooted naturalistic philosophy has largely supplanted it. And that has had vastly far-reaching implications on how we view reality.

And so I’d like to remind myself and you of a few of the implications of the critical belief that humans were alone made in God’s image, Imago Dei.

A. A human life has greater value than animal life or plant life. That’s a statement which is rapidly becoming anathema in our kew-kaw world. If a building was burning and I could save the dog or the baby, I’d save the baby every single time. Seems common sense, but I’ve met real people who would find that difficult. I can affirm God’s Word that men are more valuable than beasts even as a veterinarian, and I think it makes me a better and saner veterinarian on the whole.

“Darwinism can be used to back up two mad moralities, but it cannot be used to back up a single sane one. The kinship and competition of all living creatures can be used as a reason for being insanely cruel or insanely sentimental; but not for a healthy love of animals … That you and a tiger are one may be a reason for being tender to a tiger. Or it may be a reason for being cruel as the tiger. It is one way to train the tiger to imitate you, it is a shorter way to imitate the tiger. But in neither case does evolution tell you how to treat a tiger reasonably, that is, to admire his stripes while avoiding his claws. If you want to treat a tiger reasonably, you must go back to the garden of Eden.” –G.K. Chesterton[2]

B. Humans have a mission to tend and keep Creation. It is a powerful motive for scientific investigation, and progression of technology, and protection of the environment.

C. Murder or violence to another human being is violence to the image of God Himself. It is one of the worst sins, and it ought to disturb us more than it does. It means, in fact, the loss of a human life is the pinnacle of tragedies, just behind the death of God himself. This also carries the idea that life in the womb is sacred. If you accept man as the image of God, then the only question of the debate about abortion that matters is this: “when does human life start being human life?” And the only important question in the debate about euthanasia is this: “when does human life stop being human life?” Killing someone anywhere in the middle of that is murder.[3] Now, how can I say that, and still spay or euthanize dogs and cats? Refer to point A. 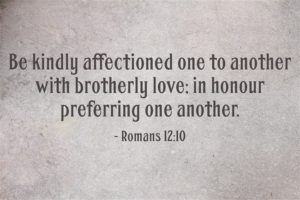 D. It is an honor to meet people. Here is a beautifully positive implication of the historic doctrine of human importance, and the one I’d like most to consider. The fact that we humans are created in God’s image gives our personhood, and our personality, infinite value. Stated more simply: people are important. And being in their society is a wonderful thing. I find this to be an odd and subtle aspect of long accepted naturalism that is becoming more visible in the slice of the present world. We exalt introversion. We talk of independence in a way that makes loneliness a virtue. We try hard to not care what other people think. We don’t like and avoid other people. But the idea of Imago Dei teaches us the exact opposite. There is no more thrilling study than a conversation with another human. There is no more exhilarating adventure than an exploration into the psyche of another human being. You will find more astonishing, more beautiful things in a person’s soul than you can find on the most successful expedition for National Geographic. That is the power and wonder of marriage, which is the most intimate human relationship in existence. You get to spend your entire life getting to know everything you can about one single person. And the wonder of it is that you still have more to learn when you die.

“Soon enough I had my way
I saw the world the Lord has made
Mostly from the interstateBut I had hardly seen a thing
Until I gave a golden ring
To the one who gave her heart to me
(And I became)
A world traveler
That’s the day I hit the road
‘Cause I walked the hills of the human soul
Of a tender girl
I’m a world traveler
She opened the gate and took my hand
And led me into the mystic land
Where her galaxies swirl
So many mysteries
I never will unravel
I want to travel the world.”[4]

And part of the adventure is found in the “otherness” of other people. God made us each with a vast constellation of subtle differences that make it a rewarding venture to leave our comfortable mind palaces and journey into contact with folk. And make no mistake, we do leave comfort behind us to go on this adventure. As a fellow who scores in the middle of most personality tests I’ve taken, I can appreciate how easy it is to hide in the cozy familiarity of myself. But the rewards of forcing myself into society, of making myself care about getting to know others, far outstrips any comfort I left behind on the trek. And that’s because God made it to be that way. He filled the world with Imago Dei. This is, in essence, the basis for all manners, for courtesy to other people, for chivalry. 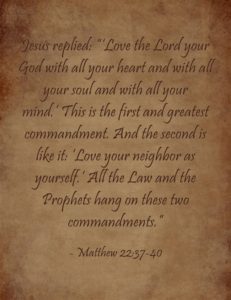 E. We ought to treat others with great kindness and respect. The realization that every man has infinite value as an image of God Himself dictates in large part how we deal with each other. It is the basis of the “Golden Rule,” which is the basis of the second greatest commandment Christ preached to the rich young ruler.

I suspect Imago Dei is the fundamental reasoning behind Christ’s statement in Matthew 25:40: “The King will reply, ‘Truly I tell you, whatever you did for one of the least of these brothers and sisters of mine, you did for me.’”

Even the meanest, poorest, least mentally endowed, ugliest human being bears the image of God. And what we do to them, we essentially do to Christ.[5] One of Lewis’ most amazing insights, especially where society is concerned, is essentially a paraphrase of Imago Dei.

“There are no ordinary people. You have never talked to a mere mortal. Nations, cultures, arts, civilizations – these are mortal, and their life is to ours as the life of a gnat. But it is immortals whom we joke with, work with, marry, snub and exploit—immortal horrors or everlasting splendors. This does not mean that we are to be perpetually solemn. We must play. But our merriment must be of that kind (and it is, in fact, the merriest kind) which exists between people who have, from the outset, taken each other seriously – no flippancy, no superiority, no presumption.” -C.S. Lewis[6]

No man is insignificant. The least human being is either a glorious soul or a truly awful monster: eternal, and stamped with God’s image, and destined for eternity in one of two places.

[1] All bible references here are in KJV, diverging form my typical practice of quoting ESV… Just because I felt like it today.

[3] The Bible does make exception for self-defense and civil punishment of really bad crimes: the basis of many other long and complicated debates I won’t go into here.

[5] This applies in particular to Christ’s people, in Matthew 25, just to be contextually accurate. See Galatians 6:10 on a related theme.