Home » Blog » The new fantasy novel…destined to change everything!

The new fantasy novel…destined to change everything!

Unearthed from the dust of time, within the subterranean crypt of an ancient monkish order,* this manuscript could change everything. 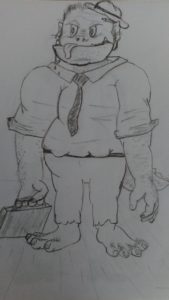 * I tried to put it back into the dusts of time, but the monks wouldn’t take it again. “History, oh my son,” the Grand Head Master Abbot told me, “ought never to be that…silly.”†

† The word “history” should technically be printed in quotations, with the quote above. But that just seemed too confusing.°

° Now that I think of it, most of this fantastic taleᵆ is confusing, so it doesn’t really matter. Perhaps you’d be better off just putting this book down and walking slowly away. Maybe whistle nonchalantly, so nobody notices that you were interested in it.

³ The protagonist is pretty low as well, mostly (but not entirely) in the sense of being short.¹

¹ The abandoned child that finds her way to his door is also, understandably,ˁ short.

ˁ Not that anyone at the time understood much about infants,¥ a phenomenon arisen from several important factors contained herein.

¥ And it is this particular infant that forms the crux of the tale. It was this small child that set a man spinning out of his orbit round a reasonably comfortable life, into an epic trek over ancient lands. It was she that instigated maelstrom of chaos upon the people of Beorcholt and won the hearts of heroes just starting to bud. It was she that brought together unlikely friends and instigated unexpected adventures. The author’s ailing bank account and barren larder is hoping against all hope, to find you saying to yourself by this time, “Who…was…this…child?!?!?!?!”

Open the cover, and find out for yourself. I promise a tale you will never forget… no matter how hard you try. 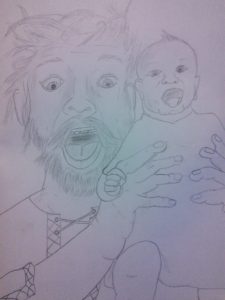