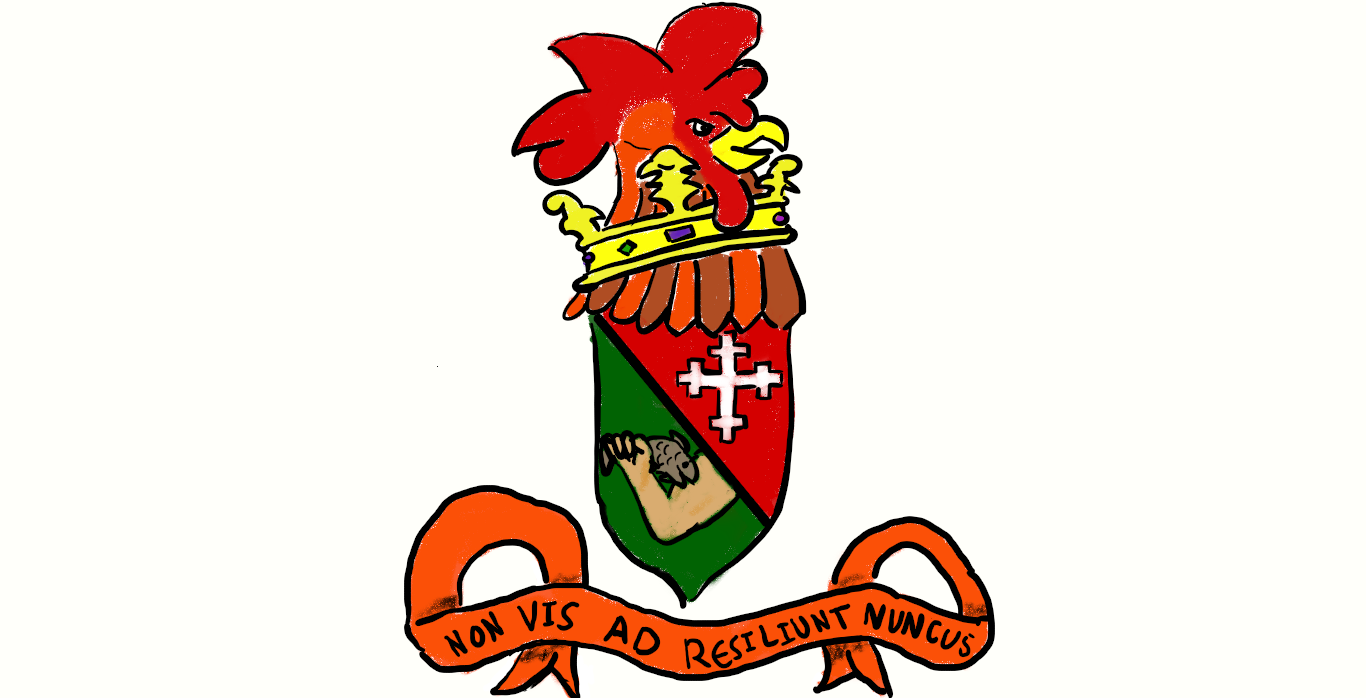 Birchburgateton, the mighty metropolitan capital of the Hundred of Main-du-Mare, has birthed many influential figures who shaped the history of the lost kingdom of Beorcholt and the world surrounding it. But did you know many of them shaped history just by staying at home?

Whether you have ancestors who hailed from Birchburgateton, lived there yourself in some weird kind of hallucinogen-inspired, zen-like previous life, or are just so bored you’ll read anything, you’ll be inspired in this frightening pandemic by these examples of Birchburgatonians who stayed home!

Tybalt is most known for his remarkable invention, the apple press, which he created from his home in a fit of bored and irritated genius during the Apple Plague of the city’s Peeling Age. The Apple Plague did not involve disease, but a dramatic flood of the Birchburgateton market with apples after the extensive orchards surrounding the city experienced a unified bumper crop. Apples were everywhere: filling market stalls, rolling down the streets, in pig troughs, tumbling out of sock drawers and coat closets, turning up inside mysterious packages left on doorsteps…

Things got bad enough that apple farmers had to pay folk to buy their apples. Folk started staying indoors to try and escape all the apples. Unfortunately, they had to eat food and the only food they could buy was apples. Tybalt grew so tired of apples he invented the apple press, machine which smashed apples into the shape of other, less obnoxious fruits and vegetables. The Apple Press was amazing! It could smash apples into the shapes of kumquats or bananas, acorn squash or watermelons, ham or chicken cordon bleu… Starfruit was by far the most popular apple shape during Tybalt’s day. Initially, the press became so popular that Tybalt had difficulty producing enough to keep up with supply. Fortunately, a coinciding and inexplicable run on hand towels at grocery stores[i] helped distract the city’s populace just long enough for him to produce more.

Astute scholars of the Medieval Period will know that the term “friar” usually denotes a poor priest who has no home at all and spends his time preaching and begging for food. So technically Friar Mark was homeless, but he did have an old paper box under Gleed Geneva’s Bridge, near Ug Street. During the Siege of Three Armies in Birchburgateton’s Stoat Age, Friar Mark stayed in that box for three entire weeks. He ate nothing but discarded apple peels and dried herring, and translated an entire copy of the Scripture from its original language by candlelight.[ii] It was his translation of the Bible which Hamswin the Sad later used in his ludicrously extensive study of Genesis chapter 2, which led to the invention of that timeless holiday we all know and love as Adam’s Eve.

Jack Sprate was actually a horrible person. He was, in fact, one of the biggest finks in Beorcholtian history. He was a drug dealer, a pickpocket, a suspect in multiple murders, and an uncommonly black-hearted street thug. But there was this one time he stayed indoors at his shabby apartment of Paradise Place, The Slums for the entire month of Hexobrian.[iii] Some historians claim this was due to a countrywide epidemic of spoonerism tongue, but I subscribe to the more likely theory that he was hiding from his creditors.

For an entire month, Jack singlehandedly made the streets of Birchburgaton safer by not being in them. Rich people grew richer by investing the money he didn’t steal from them. Poor people were able to eat more with the money left by him in their ragged pockets and faded leathern coin purses. During this time Jack may well have preserved the life of Merik , perhaps the most influential artist Birchburgateton produced, by not murdering him that month. (Merik started the artistic movement known as , which emphasizes imaginative and colorful works drawn in crayon by preschoolers.)

Those fortunate enough to have read the genre-defining, beautiful, incredible, epic work of literature entitled Juvament! by genius author J. Aaron Gruben will recognize this name.

During Beorcholt’s HealthAct Age, Esmond Scrunge stayed in his shabby home in the Slums with his adopted daughter Annette and his friends, Sir Gandival of the Azure Bunion and Horace, the Oracular Hog. He stayed at home because he was broke and jobless and in hiding from angry trollish insurance agents, a ninja assassin commissioned by a cranky centaur, and a bunch of Elvish secret service agents.

It was during this time Esmond’s heart really turned to Annette, and he learned to love her with a devotion which later became an example of fatherly affection to all of Beorcholt. This time became the basis for the good upbringing which would produce Lady Annette Belcher, one of Beorcholt’s most influential patrons of the arts and sciences. This doesn’t surprise Beorcholt historians at all. Close and prolonged confinement with a precocious, bumbling, cacophonous, oppressive toddler will inevitably bring out either fatherly love or raving madness in a daddy.

Sir Halibut was perhaps the most influential, as well as the most frilled and bewigged scientist in Birchburgateton history. During his confinement at his family manor in the heart of Snobbington (one of the city’s oldest suburbs) for an episode of gout, Sir Troppleby accidentally discovered the principles of the famous science called phrenology after a book from the top shelf of his library fell on the head of his butler Rollo.

Some scientifically-minded men might have noticed the interesting action of invisible gravitational forces pulling the book down, or forces of friction which slowed the book as it slid off the half-conscious Rollo’s head, or the wonderful mysteries of the inflammatory response which produced the large knot atop the butler’s noggin. But not Sir Halibut! He noted immediately the interesting pattern of knobs surrounding the knot, and the bumps and ridges already upon the pate of poor Rollo, and deduced that these must be useful to the insightful and scientific mind for telling the future and predicting useful facts – such as which stores still sold hand towels.

And so Sir Halibut used his time at home to start a budding practice of phrenology, art which could predict if Jack loves Amelia by creepily stroking her head! As the months of his time at home ticked past, Sir Troppleby realized the potential of his new science for predicting the winners of horse races, and successfully fingered his family’s fortune away while earning himself the popular title of “Mad Troppleby.”

(If you actually read all the way through this post and enjoyed it, you might be interested in entertaining yourself further with the lively tale of Juvament! or Mubblefubbles, both in the Medieval Muddles series.)

[i] The source of that common Beorcholt folk saying, “Buy a hand-towel before yer neighbor, if yer town’s awash in apple flavor!”

[ii] Historians of Beorcholt (myself and Tom, who is also a plumber full time) consider this amazing, perhaps bordering on miraculous, because the candle never burned down his paper box. I think it’s even more amazing that Friar Mark wrote so quickly, and didn’t wind up in the hospital with bilateral hand cramps.

[iii] The 5th month in the ancient Beorcholtian calendar, named after the pagan Spoogian goddess Hexobrian, who was the six-armed daughter of Octobrian (supreme ruler of the Spoogian pantheon).