Blog Who is right? 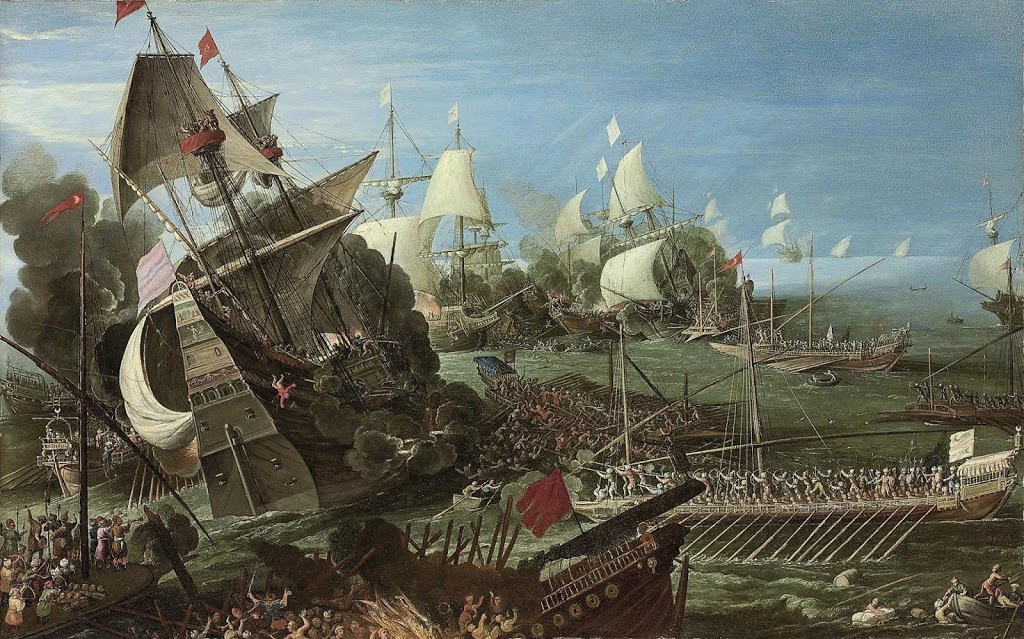 Published by Aaron Gruben on December 9, 2015

Fundamentalism in the cross and crescent.

My most recent novel is “Crescent Tides,” an upcoming alternate history time travel story. As is indicated by its title, the book deals with the Muslim and Christian religions, mainly in 1571 – when the important naval battle of Lepanto took place. Though the discussion in the book is in the 16th century, the same issues are very relevant to our 21st century… Below is an excerpt from the story. Enjoy! 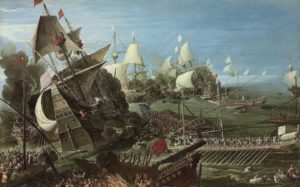 The direction of their little council had taken quite an unexpected turn, but it made sense when Cal stepped back in his mind to think about it. These once academic questions were life and death points of policy now that they were living in the 16th century. Though he could see their debate’s importance, he found it hard to consider it objectively. He had not done much pondering about history in a long time. At one time, he had been fascinated by the Middle Ages and the Renaissance, and studied them avidly. In the process, he had found out just how twisted popular conceptions were about them. He had forgotten how passionate he could feel about the subject…

“I do think we would be safer with the Christians.”
“Why? You’ve studied more history than I have, why don’t you get it? It was Christians in their ‘holy war’ that massacred millions in Jerusalem until blood ran up their horses’ knees. Before that, Christians slaughtered thousands of Jews. Christians started the inquisition (which is probably going on right now). And it was Christians who even burned and killed other Christians that didn’t agree with them. I don’t see the difference between those sorts of people and these Turks.”
“OK Sara, first of all, you’re doing some exaggeration there. It was not ‘blood in the streets up to their horses’ knees in Jerusalem’: it was up their ankles, in Solomon’s temple. (I would know, I’ve read the original accounts.) I could bring up a ton of examples of disgusting and horrible violence the Muslims have done. Regardless, I’m not going to argue that ‘Christians’ haven’t done bad things. A Christian is a redeemed sinner, and still perfectly capable of doing things they shouldn’t: but that’s the whole difference. They shouldn’t be doing bad things, and as they really start to act like a Christian, as they become more and more ‘orthodox’ or ‘fundamentalist’ or ‘getting back to the Bible’ or whatever you call it, they become more like Jesus. That means that a real Christian will be more holy, more compassionate, more just… and certainly the type of person we should be asking for help. Contrast that with an orthodox or ‘fundamentalist’ Muslim. He becomes more and more like his founder Mohammed, who led armies over the desert conquering his neighboring cities. He killed people who wouldn’t be Muslim, and that’s exactly what his followers do when they really try to really do what he teaches. Plus a fundamentalist Muslim believes the best way – actually the only sure way – to get into heaven is to die in jihad against non-Muslims (and that’d be us). So, yes, I believe there is definitely a major difference in how a ‘fundamentalist’ Christian and a ‘fundamentalist’ Muslim look and act. That’s the real issue in this war, and even perhaps this age that we’re somehow standing in. Lepanto is not part of a war about who is the most humane or technologically advanced: it is a literal war of ideas. You are always asking ‘who is nicer,’ or ‘more enlightened.’ But the real question is ‘who is right, Christianity or Islam?’”